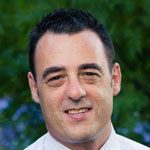 Tell us about your role.

With in my role I look after a strategic assets unit for local government.  We are primarily a four person team, with GIS or engineering backgrounds.  The biggest challenge in this role was building a team in an area that had traditionally been understaffed and behind where the unit needed to be. Staff, both full time and casual, is where I relied on Louise greatly.

The one-to-one coaching format allowed for more intimate relationship where I could be more open in my conversations compared to what I would be if we were sitting in a group training environment. The targeted areas of initial conversations, based on my survey results, gave Louise and I a platform to build on. Louise found a way to relate the identified areas of need to my then staffing concerns.

What did you get out of the program?

Having Louise to coach me through the transition into my new role provided me with another perspective on how to work through any concerns on how I was dealing with the role change. Louise guided the conversation so that I could ultimately come up with next step.  This logical approach provided me with a structured approach to future situations. I have no doubt that If I could of continued my coaching with her I would be still learning ways to improve my management style.

What advice would you give to someone starting out with coaching?

I would tell others to approach this initially as dealing with your surveyed areas on concern (if you start with the assessment) but let it grow into more natural conversation dealing with issues to help you gain the skills needed to become a stronger leader.

A word from the coach 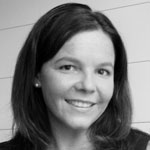 "From early on Shannon was open to trusting me as a coach, which made the sessions very impactful.  Shannon showed a keen ability to reflect on his development and growth as a leader and consistently implemented the actions from our sessions.  Great to work with.